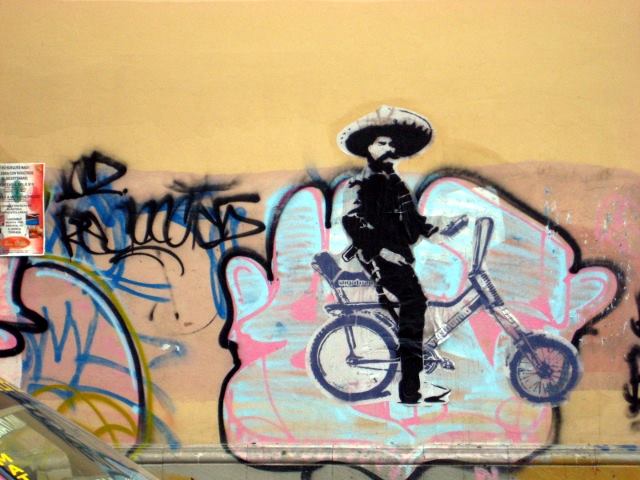 The days of submission to the mighty Car Culture are over. No more can we accept the reign of the internal combustion engine and its insatiable greed for oil, extracted through a reign of violence and ecological destruction. The time for velorution has come!

This July, we mark the American Revolution not just by celebrating the revolt of colonists against the crown, but by honoring the spirit of resistance and rebellion everywhere. History is full of broken promises and shattered dreams, but tonight we put those to the side. Tonight we ride in memory of slave revolts, of indigenous people fighting to defend their lands, of Revolutionary War veterans who felt betrayed and rose up against their new government. We ride for Bolivar, Sandino and Zapata, and the modern movements that bear their names. We ride for labor uprisings and general strikes, for black liberation movements past and present, for Tahrir Square and Occupy, for communities in resistance against extractive industries.

So come in your best rebel costume, be it Paul Revere, Angela Davis, or Katniss Everdeen. For it’s better to die on your bike than to live on your knees. We’ve got nothing to lose but our (bike) chains! Rage against the (personalized automobile) machine! Viva la velorution!